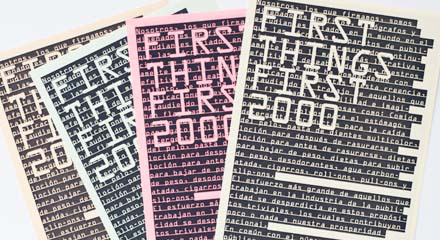 In 1999 Adbusters released the "First Things First" manifesto, a declaration from a group of graphic designers and visual communicators to rethink the political aspects of their design:

We propose a reversal of priorities in favour of more useful, lasting and democratic forms of communication – a mindshift away from product marketing and toward the exploration and production of a new kind of meaning.

The manifesto was in fact a verbatim reproduction of an article of the same name, released by the legendary graphic designer Ken Garland in 1964. 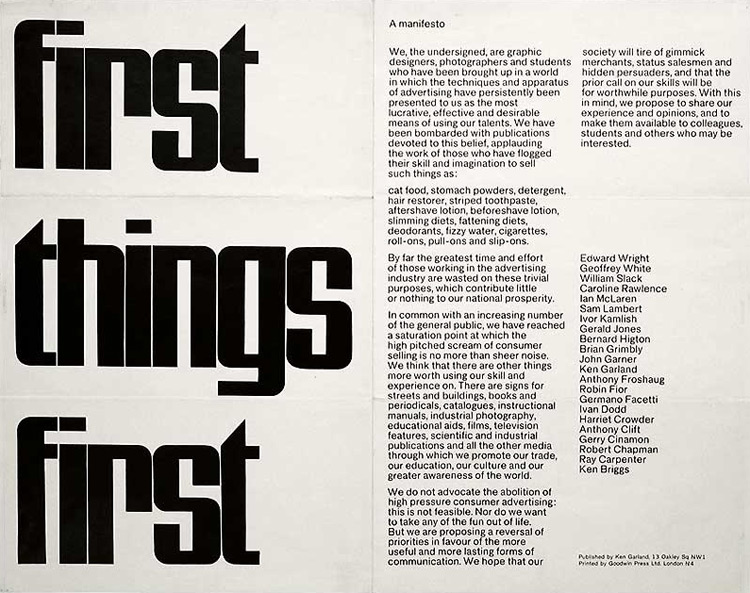 60 years later, you can still read the manifesto and understand its relevance to contemporary circumstance.  And in fact, the central issue of arts relation to politics has been a perennial topic in philosophy ever since Plato decided it was politically necessary to eject poets from the republic.

With this blog I hope to explore the relationship between the new design perspective of UX in relation to the territory Ken Garland initially staked out.  Is it possible for UX to become a way to explore and produce the new kinds of meaning the manifesto advocates?

Also I might just shit-post random junk about being a designer and cat gifs.